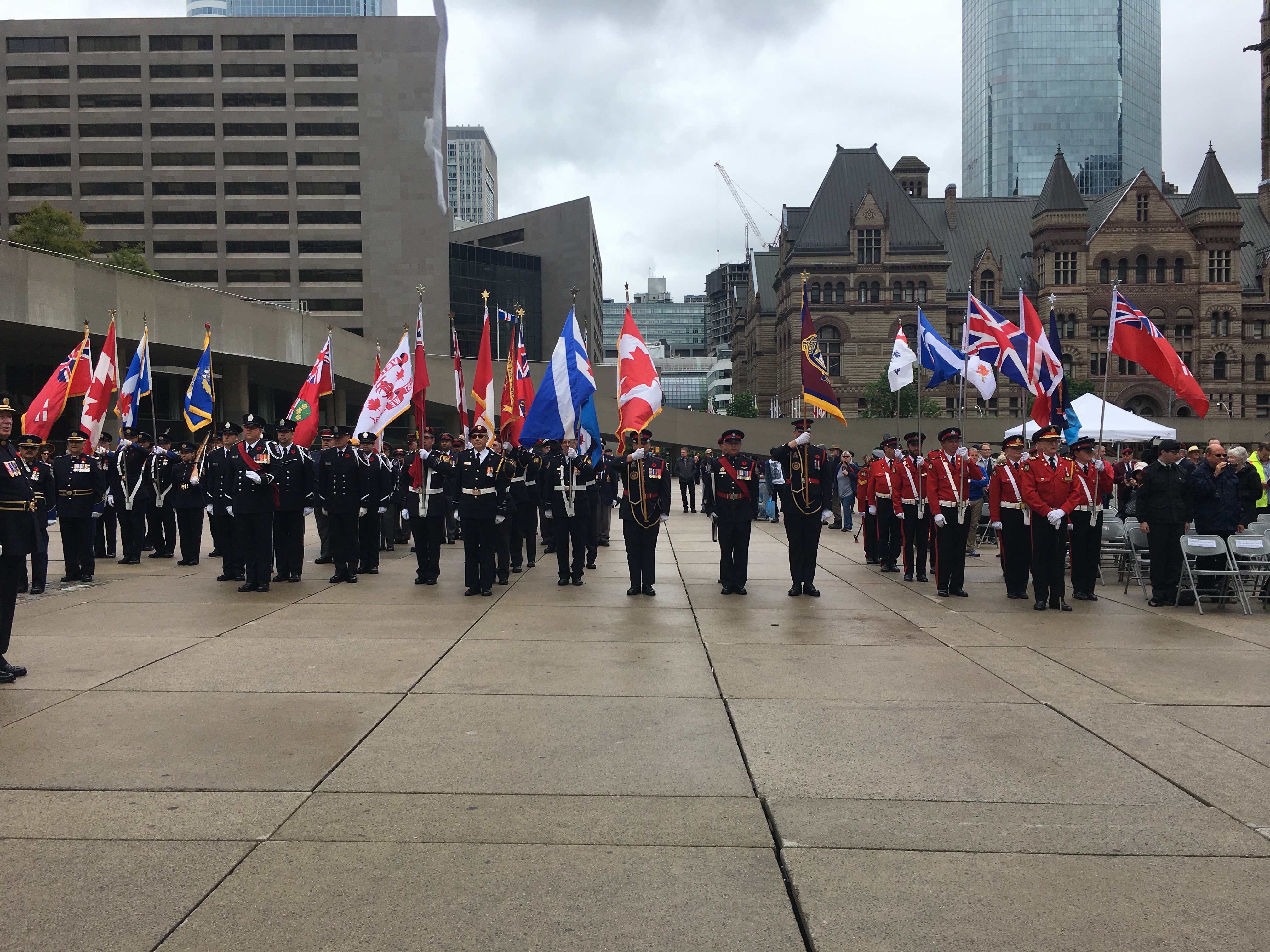 The Juno Beach Centre staff in Canada were honoured to be part of the City of Toronto’s annual D-Day Commemoration in Nathan Phillips Square on June 6. Special guests included William O’Hara, Honorary Wren; Janet Watt of the Wren Association of Toronto; keynote speaker Trooper Ed Stafford of the Governor General’s Horse Guards of Canada; as well as other Normandy and Second World War veterans.

Though the day was rainy and dreary, the crowd held out to hear Trooper Stafford reflect on his military service. He told the audience his memories of leaving his training base and coming through North York station to say goodbye to parents, many of whom likely thought their children were going elsewhere in Canada, rather than overseas.

Trooper Stafford also shared the more recent story of his return to Europe for the 70th anniversary of the Normandy invasion: “They were holding up their children to us 90 year old veterans and telling them that because of us they have their freedom.”

Kevin Frankish, host of the event, concluded by calling upon everyone in attendance to ask questions, collect the stories, and never forget.

For more information on how you can pay tribute to the memory of Canadians in the Second World War, read about our Commemorative Brick program.

Who Are You Running For in Our Remembrance Day Races?

Amélie is honouring her Acadian grandfather